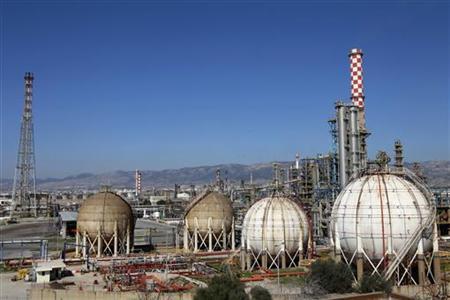 A new leadership and board has been appointed at Greek oil company ELPE (Hellenic Petroleum) with the chairman’s position going to Efstathios Tsotsoros, a trained electrical engineer and economist with a media background including high-level posts at SKAI and Alpha, and the managing director’s role given to Grigoris Stergioulis, a chemical engineer.

Five board members were also appointed at ELPE, these being Giorgos Grigoriou and Stratis Zafiris, both chemical engineers, Andreas Siamisiis and Giorgos Maloglou, both economists, and Sotiris Kontonasios, a lawyer.

The Latsis Group holds a 42.6 percent stake in ELPE, while the Greek state has a 35.5 percent equity share.

Most recently, ELPE has been an active player in domestic efforts for hydrocarbon exploration and exploitation. The company is also seeking to sell its 35 percent stake in DESFA, Greece’s natural gas grid operator.