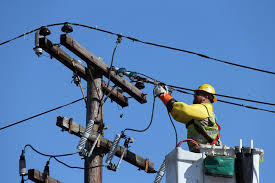 The prospect of personnel and salary increases at IPTO, Greece’s Independent Power Transmission Operator – locally referred to as ADMIE – by its prospective new owner has been left wide open following a decision reached yesterday by RAE, the Regulatory Authority for Energy.

The additional cost to be created by this move, if implemented, will be recovered by IPTO through network charges paid by consumers.

At present, IPTO is understaffed as over 250 employees have retired in recent years without being replaced by new recruits. The shortage has led to delays of projects and reports required amid the electricity market’s changing landscape.

Based on bidder indications, IPTO’s prospective new owner, to acquire a 66 percent stake in the operator, is expected to hire additional staff. The majority stake to be acquired by the new owner will nullify restrictions imposed on IPTO – as is the case with all Greek state-controlled companies – as part of the country’s bail-out agreement. The lifting of current restrictions will also apply to remuneration packages. Current salary reductions and caps will no longer be valid once the operator’s majority stake is privately controlled.

This was the case in Portugal, following the privatization of EDP, which led to the reinstatement of the electricity company’s salaries to pre-bailout agreement levels.