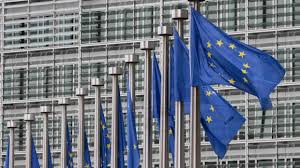 The European Commission has issued new Guidelines on State aid in the energy sector. By replacing the existing (adopted in 2008) guidelines on environmental protection and extending its application to energy aid, the Guidelines will provide a new regulatory framework for public support measures the EU Member States may implement in the energy sector. The Guidelines are of particular importance to energy adequacy measures (such as capacity remuneration mechanisms) and renewable energy support schemes. The reform displays the imperfect outcomes of consultation and political compromise (their adoption even led the Commissioners to a vote, in which one commissioner voted against and three abstained) and thus their true impact and concretization will become clear as new decisions will be adopted in which the Commission has to give effect to the new rules and ad hoc interpret them.

The Guidelines reflect the application of State aid principles outlined in Article 107 (2) and (3) TFEU regarding the assessment of compatibility of State measures. As usual for State aid guidelines, the new Guidelines only set out the criteria that the Commission will use for assessing environmental and energy aid measures which amount to State aid and which must be notified.

The new Guidelines do not explain which measures are State aid (i.e., measures containing a selective advantage granted through Member State resources which threatens to distort competition within the internal market and affects trade between Member States). Governments thus remain free to structure measures in such a way that they do not constitute State aid. Also, certain measures that amount to State aid do not need to be notified (i.e., measures that are block exempted).

The Guidelines are part of a larger project of the Commission’s modernization effort regarding the State aid rules, which also involves the parallel revision of the General Block Exemption Regulation (Regulation 651/17.06.2014).

As regards the distinct application between the two normative documents, the Guidelines apply whenever a measure does not fall under the scope of the GBER declaring certain categories of aid compatible with the internal market in application of Articles 107 and 108 of the Treaty, in which case a measure is exempted from the notification obligation pursuant to Article 108 (3) TFEU.

Compatibility of a support measure adopted by a Member State in the energy sector with the internal market is assessed on the basis of both common principles and the specific compatibility requirements which govern certain types of projects. The focal point of the new Guidelines is detailed rules on State aid for the production of energy from renewable sources. Forms of operating aid that are considered compatible are feed-in premiums and tradable green certificates. The Commission’s move away from feed-in tariffs results in them being permitted only in case of projects of first commercial scale and small installations having the prescribed level of generation capacity. The aid schemes may be authorized for up to 10 years (with the right to notify). Even if aid is based on a notified aid scheme, Member States must notify individual operating aid where the resulting renewable electricity generation capacity exceeds 250 MW and investment aid is higher than 15 million Euros for one undertaking.

It is not only investors who may benefit from State support and draw the Commission’s attention. Measures falling under the scope of the new Guidelines refer also to the reductions in renewable energy surcharges to large energy-intensive companies. Such reductions or exemptions are introduced to ensure that the most energy intensive businesses would not disproportionately suffer from the taxes or charges, which would place them at a disadvantage towards competitors elsewhere that are not exposed to such taxes or charges. This may trigger delocalisation and thus so-called carbon leakage. To avoid this, the new Guidelines allow the grant of such reductions or exemptions, but only under concrete conditions. As regards reductions or exemptions from environmental taxes, a distinction is made between harmonised and non-harmonised taxes. In the first scenario, the measure will be compatible if the beneficiaries pay at least the EU minimum tax level set by the relevant Directive, and the measure is granted in an objective, transparent and non-discriminatory manner. In the second scenario, the Commission will review in detail the necessity and proportionality of the measure.  As regards reductions or exemptions from funding support charges for electricity from RES, the relevant rules are somewhat different. The Guidelines thus include specific compatibility criteria and only permit such measures in certain specified sectors.  Reductions or exemptions can be granted only in a limited number of industrial sectors.

Furthermore, 2014 Guidelines contain rules for the introduction of capacity markets. They demonstrate that Member States must present adequate analysis of the causes of inadequate generation and demonstrate they have addressed the right incentives for investment. If the case for the introduction of a supported capacity mechanism is made, this mechanism may only support availability and be open to generation from other Member States. The EU shift towards more RES has led to a more dispersed and variable energy supply, which – together with limited incentives to invest in stable generation capacity – has left many Member States concerned about generation adequacy and system flexibility. Several Member States have therefore introduced so-called capacity remuneration mechanisms (CRMs) to ensure sufficient capacity at all times. The Commission is mainly concerned that such CRMs would favour national producers and that they could prevent the phasing out of environmentally or economically harmful subsidies. It has therefore formulated strict compatibility conditions, including among others a thorough justification of why there are no alternatives to the CRM and the grant through a competitive bidding process. Thus, the European Commission considers that EU Member States may implement certain aid measures to deal with capacity shortages, provided that (i) the Member State has carefully analysed the causes for the shortage of generation capacity and removed any obstacles preventing the market from delivering the right incentives for investment in generation capacity; and (ii) the aid will not have a negative effect on competition and trade in the EU energy market.

As regards RES support schemes, in comparison to the previous ones, the new Guidelines will tighten up the State aid assessment criteria generally with regard to a number of support mechanisms. As regards renewables, this is in line with the Commission’s approach that in the period between 2020 – 2030 renewables will become grid-competitive, implying that subsidies and exemptions should be phased out in a degressive way.