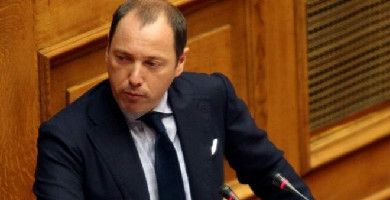 New Democracy MP Andreas Psycharis resigned on Friday, saying that he felt it was «no longer worth serving a political system that cannot reach an understanding even on the self-evident,» but he will not stand as an independent in Parliament, meaning ND’s presence in the House remains unchanged.

Noting that he had given the matter «months of thought,» Psycharis said he had realized that his hopes of discussing the country’s problems with other Greek politicians in a respectful and constructive manner had been a pipe dream. «I realize that I am just a romantic,» he said.

Before announcing his resignation, Psycharis voted in favor of a government bill revoking extension of payment plan for debtors.

He will be replaced in Parliament by Alexandros Moraitakis.