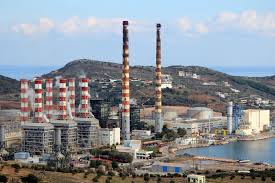 The deadine for an international tender staged to appoint a consulting firm to prepare the 30 percent part-privatization plan of PPC, the Public Power Corporation – locally dubbed “Little PPC” – has been reset to February 13, from December 17, as a result of the uncertainty of PPC’s future standing should the main opposition leftist Syriza party prevail in the upcoming snap elections.

Bidders taking part in the tender had requested more time because of the country’s unclear political landscape and the prospect of major energy-sector changes if Syriza, ahead in the polls, is elected into power.

PPC recently called off the original deadline, noting the high cost of offers submitted by bidders, which reportedly ranged between 3.5 million to four million euros, while certain bidders had requested a six-month period to submit their respective plans, which Greek officials considered lengthy. Lower-cost offers and tighter scheduling will be aimed for in the new tender procedure.