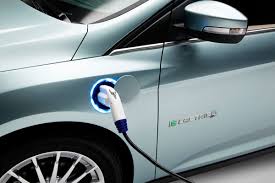 A network of fifteen recharging stations for electric vehicles being developed by PPC, the Public Power Corporation, as part of “Green e Motion”, a European initiative aiming to promote the emerging electric car market, is approaching completion.

For the time being, the network of fifteen PPC stations will serve fifteen electric vehicles purchased by PPC from BMW and Daimler as part of a pilot program, while, in the future, the stations may also be used by electric vehicle owners.