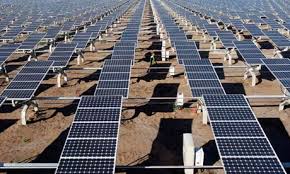 Recently ratified Greek legislation introducing a net metering option may have created new prospects for the domestic photovoltaic market, but, at present, sector entrepreneurs are focused on whether EU anti-dumping measures imposed on Chinese solar panels will be lifted or not.

An EU import tax imposed on Chinese solar panels to protect the European market from dumping practices by China expires at the end of 2015. However, debate has already begun on whether the protective measure should be continued, eliminated or lightened. Its elimination would decrease the cost of Chinese solar panels in the EU by about ten percent.

Net metering will enable electricity consumers who generate their own power from an eligible on-site facility and deliver it to local distribution facilities to offset the electric energy provided by the utility during an applicable billing period.

Its legislation in Greece has created new prospects for the photovoltaic market following a slump in more recent times. High-level energy consuming sectors, such as the hotel industry, as well as farming operations, are expressing interest in the energy cost-cutting benefits offered by net metering.

The attraction does not yet appear sufficient enough to draw households on a wider level. At this stage, the time period required to cover the cost of installing photovoltaic facilities for household use is regarded as too long to draw major interest, despite the net metering law. However, this could change if the EU’s anti-dumping measure on Chinese solar panels is scrapped.