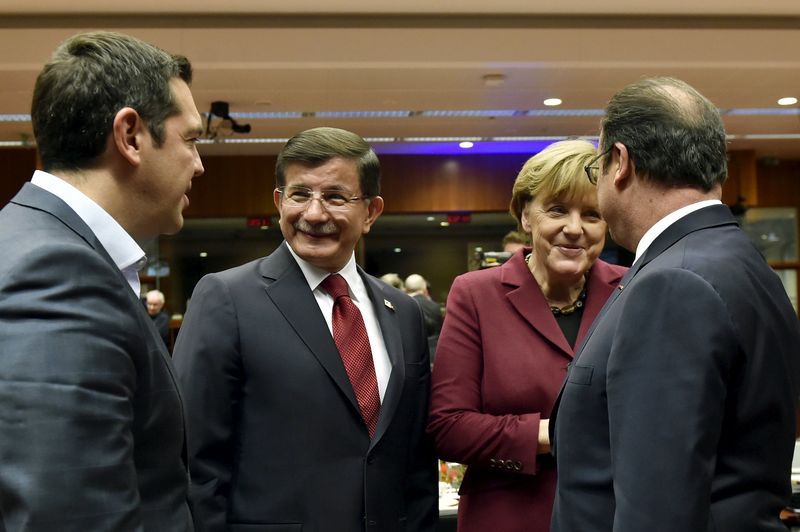 Negotiations in Brussels are underway on Friday with a meeting of the European Council President Donald Tusk, European Commission President Jean-Claude Juncker and Turkish Prime Minister Ahmet Davutoglu aiming at reaching an agreement with Turkey on the refugee issue.The working dinner in the first day of the EU-Turkey summit on the refugee issue was completed without a press conference.In statements following Thursday’s meeting, German Chancellor Angela Merkel estimated that the talks with Turkey would be difficult.Merkel also said that no specific dates had been set for the start of either resettling Syrian refugees in EU countries or the return by Greece of migrants to Turkey, but noted that all EU countries wanted the agreement to go through.