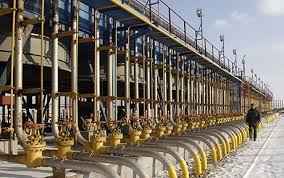 DEPA, the Public Gas Corporation, will reduce natural gas prices by at least 16 percent for all consumer categories – household, industrial, electricity production – the company has announced.

The rate reduction, decided on following an agreement between DEPA and the Production Reconstruction, Environment and Energy Ministry, will be applied retroactively as of April 1, as long as no unforeseen developments occur in the currency exchange rate between the euro and US dollar, the corporation noted.

The new price levels will be at least 16 percent lower than levels charged in the previous month of March, DEPA noted.

The corporation also noted that a further natural gas price reduction is being planned for early July, once again under the condition that the euro-dollar currency exchange rate remains stable.