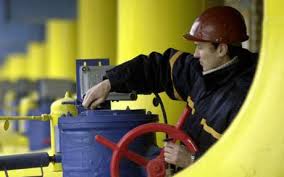 Facing pressure from the country’s creditor representatives, or troika, to accelerate legislative procedures for an end to regional monopolies enjoyed by gas supply companies (EPA) operating in Greece, the Environment, Energy & Climate Change Ministry is expected to forward a draft bill on the matter for public consultation within the next few days.

A number of fundamental issues concerning the EPA shareholders will, for the time being, remain unresolved as a result of the troika’s pressure. But these are likely to be tackled in prospective revisions.

The gas market revisions intend to separate control of distribution networks and supply, changing the landscape for the three existing EPA companies operating in the wider Athens area, Thessaloniki, and Thessalia, in the mid-northeast. The revisions will also apply for an additional three EPA companies formed to cover other parts of Greece, which, however, have yet to launch any operations.

The existing EPA companies may be granted an addition ten to fifteen years on their operating licenses to offset the end of monopolies they had originally agreed to.

Based on the changes to be brought about by the draft bill, all industrial consumers currently supplied by EPA companies will be free to choose gas suppliers as of January 1, 2015. In practice, however, this, for the time being, is not possible, as no other gas supply companies exist, besides the three aforementioned EPA companies. However, new supply companies are likely to enter the market once revisions have been made.