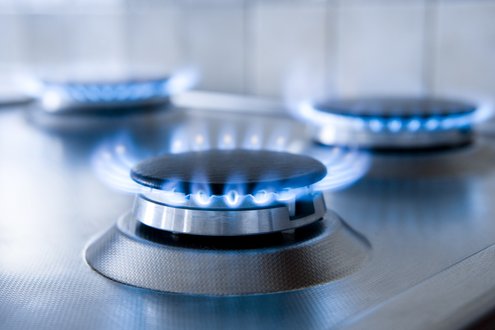 The natural gas market’s liberalization process, directly linked to the privatization of DEPA, the Public Gas Corporation, is beginning to seem like an equation made increasingly complex by the addition of various factors whose impact remains unknown.

Most recently, the country’s lenders called for DEPA’s withdrawal from Greece’s retail natural gas market, a move intended to swiften the liberalization process, only to prompt the re-emergence of issues from the past that further complicate matters.

Shell, which holds a 49 percent stake in the DEPA subsidiary EPA Attica, a gas distribution company serving the wider Athens area, and Eni, the Italian multinational with 49% stakes in the equivalent EPA ventures covering Thessaloniki and Thessalia, may both seek compensation for the premature end to their regional monopolies. DEPA holds 51 percent stakes in all three EPA subsidiaries.

In 2001, Shell and Eni both signed contracts securing 30-year exclusive retail gas distribution rights to the aforementioned markets. These monopolies were abolished by the Greek bailout’s framework.

The recently replaced energy minister Panos Skourletis had ruled out the possibility of compensation amounts for Shell and Eni, while his successor, Giorgos Stathakis, who took control of the country’s energy portfolio just over a week ago, has yet to engage himself with the issue.

Brussels sources value the cost of the premature end of Shell’s retail monopoly for the wider Athens area at approximately 100 million euros. The same sources noted that Shell has yet to submit a compensation claim to the Greek government as it is waiting for a late-November announcement from RAE, Greece’s Regulatory Authority for Energy, on new tariffs. The level to be set will determine Shell’s future action. The same goes for Eni.

Should these two companies consider the upcoming new tariff levels as insufficient to cover the losses caused by the retail market’s liberalization, then the Greek State will face compensation claims. Theoretically, DEPA could act likewise as it, too, is being affected by the premature ends to the regional monopolies held by the EPA supply companies.

Given the tight condition of the Greek State coffers, compensation in the form of cash payments is most unlikely, meaning that some type of offsetting solution will need to be found.

DEPA risks facing double trouble as, unlike its EPA partners, the corporation may not be compensated for the premature ends to the retail monopolies and, in addition, would need to provide the compensation payments for Shell and Eni.

Also, the country’s lenders seem to be applying pressure for DEPA to be privatized in 2017. However, this process will be held up for as long as the possible EPA compensation issue and DEPA’s withdrawal from the retail market remain unresolved.