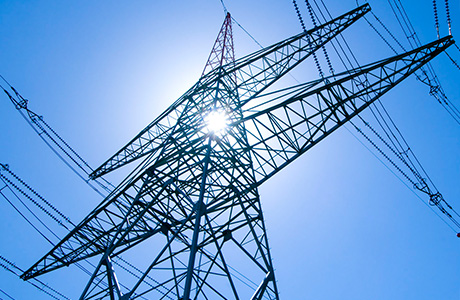 The government’s effort to maintain the state’s control of IPTO, the power grid operator, through a solution that would be accepted by the country’s creditor representatives, has now also brought a role by National Bank of Greece (NBG) into consideration, according to energypress sources.

The Production Reconstruction, Environment and Energy Ministry is believed to be examining the prospect of using state-owned shares in the bank for a swap deal. The ministry is also considering the acquisition of a stake in IPTO by the bank.

The government will need to soon submit a finalized proposal for IPTO as the deadline is approaching.

The country’s creditors want IPTO, a subsidiary firm of the main power utility PPC, to be split from its parent company and privatized, as part of the latest bailout agreement for Greece. However, avoiding IPTO’s privatization would be accepted by lenders as long as a convincing alternative plan promising equal results, meaning real competition in the electricity market, can be found and implemented.

During last week’s first round of latest discussions on energy-sector matters in Athens between troika technical representatives and government officials, the Greek side’s idea of maintaining the state’s control of IPTO was not viewed negatively.

Another possibility, as disclosed by energypress, entails a swap deal involving shares owned by the Greek state in ELPE (Hellenic Petroleum) and EYDAP (Athens Water Supply and Sewage Company), energypress has disclosed.

Creditor representatives have already ruled out a Greek proposal that would provide PPC with a 49 percent stake in IPTO, from 100 percent at present, and the state with a majority 51 percent stake.

At the other end, the Greek government has rejected a proposal by lenders to fully privatize IPTO. “You cannot privatize fixed assets of priceless value,” Production Reconstruction, Environment and Energy Minister Panos Skourletis recently told journalists. At the time, the minister made reference to models adopted by fellow EU member states to back his case.