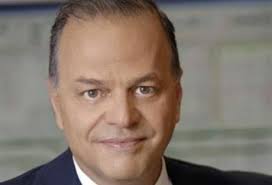 The crisis-era strategy applied by the Mytilineos Group, a leading independent energy producer in Greece, to geographically expand its operations, investments made in the energy sector, as well as the action taken by the corporation to restrict its leverage and reduce operating costs, were all cited as contributing factors in the group’s increased first-half net profit and cash flow figures during a conference call between the company board and sector analysts.

As has been widely reported, the group recently struck a deal with banks, leading to a significant reduction of its financial costs. This reduced burden’s positive impact will show on the corporation’s second-half balance sheet. As part of the banking agreement, the prospect of a corporate bond issue was dropped for the time being, as was expected. The bond issue may take place at a future date, but only if extremely favorable interest rates are achieved to make this option worthwhile for the firm.

As for METKA, the corporation’s administration expressed an optimistic outlook on the enterprise’s course as well as profit margins, during the conference call.

The board members noted that the group’s latest financial figures confirmed forecasts of dividends for shareholders in 2015.