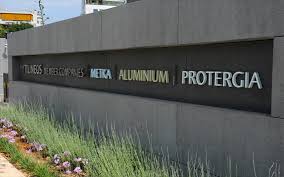 Mytilineos Group, a leading independent energy producer in Greece, has posted a consolidated total turnover figure of 1.233 billion euros for 2014, compared to 1.403 billion euros in 2013.

The corporate group entirely attributed the turnover decline to regulatory changes made in the energy market.

The group’s completion of its “Mellon” investment plan, which offered a drastic reduction of expenses, combined with favorable developments in the international market during the second half of 2014, such as the rise of the US dollar against the euro currency, the drop in oil prices, as well as the stabilization of all-in aluminium prices at higher levels, all contributed to the considerably improved results of the corporate group’s metallurgical division.

For yet another year, Metka managed to maintain its financial performance at a high level despite the unstable environment that emerged in Middle East markets. As for the immediate future, Metka plans to continue focusing its efforts on expanding into new foreign markets, with increasing emphasis on the African region, while also increasing its share of the Greek market, backed by its extensive experience and high-level knowhow.

The group’s energy division posted a total turnover of 167.5 million euros in 2014 from 369.1 million euros in 2013, as a result of lower demand and regulatory revisions in the market. Its EBITDA figure reached 74.3 million euros from 89.1 million euros in 2013. The group’s Protergia energy company plans to continue investing in the renewable energy sources (RES) market while also bolstering its presence in the retail market. The recent price reduction of natural gas has increased the level of competitiveness of the group’s power stations, which are expected to play a key role in the grid’s stability over the next few years.

In an accompanying statement released with its financial results, the Mytilineos group noted that, operating amid Greece’s ongoing six-year recession, it has managed to complete a major investment plan in the energy sector, steadily continue with industrial investments that have helped it acquire significant cost advantages in the metallurgical sector, and gradually expand into new markets for energy and EPC projects. The strategy’s overall success, the group statement noted, is reflected by the high-level financial results reported for 2014, a steady debt level reduction, which has fallen by more than 370 million euros over the past two years, as well as the group’s maintenance of a workforce numbering 2,500 employees as well as a far greater number of external associates.