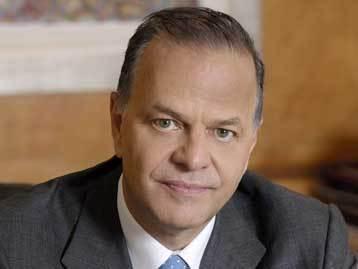 The Mytilineos group’s interest in general mining and metallurgical firm Larco, as well as part of DEI, the public power corporation, has been confirmed by the group’s head, Mr. Evangelos Mytilineos, at a general shareholders meeting.

Commenting on Larco, Mr. Mytilineos noted that its privatization process had been delayed, while also adding that the firm has benefited considerably from the Indonesian crisis, which has prompted an increase in the price of nickel from 13,000 dollars a ton to 19,000 dollars a ton.

As for DEI, the Mytilineos chief said the group would wait for the government’s moves concerning the firm’s corporate break-up before proceeding with any decisions. The power corporation’s break-up will lead to the establishment of what is being referred to as “Little DEI”, a new corporate entity to assume 30 percent of the electricity firm’s production capacity, or between 2,400 and 2,500MW.

Moreover, Mr. Yannis Mytilineos, head of METKA, a member of the Mytilineos group, announced a decision by the firm to renew its drive for infrastructure projects in Greece. It has already secured a 270-million euro project from ERGOSE, a subsidiary of the railway company OSE. METKA plans to take part in tenders for co-financed projects, such as airports and waste management. The firm’s strategy also includes expanding into new territories, especially Africa, where market prospects are substantial for energy and infrastructure projects. According to Mr. Yannis Mytilineos, the firm intends to transfer to Greece earnings generated by its international business activity.