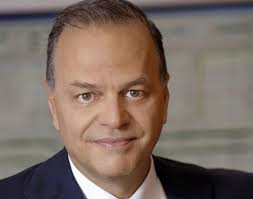 The head of Mytilineos Group, one of Greece’s leading industrial groups with activities in the sectors of EPC (Engineering-Procurement-Construction), Metallurgy & Mining, and Energy, delivered an optimistic second-half forecast for his enterprise yesterday, noting that aluminium would be at the forefront of business developments.

Evangelos Mytilineos, who was speaking at the Association of Greek Institutional Investors, cited several reasons for his positive outlook, which reiterates a preceding upbeat view expressed by the executive in June.

The corporate chief said that a cost-reduction program at the group, estimated at having lowering expenses by 30 percent, had already produced favorable results, while further savings were expected to come.

In another positive development, international aluminium prices at the London Metal Exchange were currently rebounding after having fallen to extremely low levels in the first half of 2014, Mytilineos noted. The upward trajectory at the LME, combined with extremely high premiums, was creating a favorable environment, the group head supported.

Mytilineos also made note of the euro currency’s lower rate against the US dollar as a positive development.

The Mytilineos Group had already initiated a drive to reduce costs and lower debt levels in 2015. The group had succeeded in reducing leverage, while bank loans had been renegotiated with lower interest-rate terms, Mytilineos noted.

The current year was also progressing favorably for Mytilineos Group member METKA, a leading independent energy producer in Greece. METKA’s positive results achieved in the first half of 2014 were expected to be repeated in the second half, Mytilineos noted. This corporate division was rebounding as new construction projects had been secured both in Greece and abroad, he said.

Mytilineos also made reference to the country’s privatization efforts, offering words of encouragement for the prospective part-privatization of PPC, the Public Power Corporation. However, the corporate chief noted that Mytilineos Group would make no further comment on the matter unless PPC expressed a clear intention to sell and sales terms had been finalized.