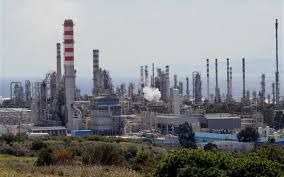 The Motor Oil Group has reported a loss of 83.5 million euros for the fourth quarter of 2014, according to Reuters. Also, the petroleum refining corporate group incurred an EBITDA loss of 74.1 million euros, the report noted.

The group’s results were affected by the reduction in value of existing stock, which reached 251 million euros, impacted by the drastic reduction of crude oil prices in the international market since last summer.