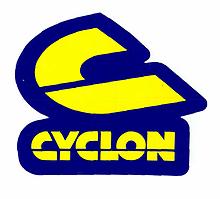 Motor Oil has specified that the period for acceptance of its public offer to Cyclon will begin on July 17, 2014, and expire on August 28, 2014, it announced in a statement released on Tuesday.

On Monday, the Capital Market commission approved the prospectus of an offer forwarded by Motor Oil, on June 23, 2014, to Cyclon shareholders.

During Monday’s trading session, Motor Oil purchased 1,116,438 Cyclon shares at a price of 0.70 euro per share.