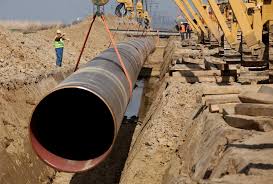 Most natural gas infrastructure projects in Greece are likely to face delays, regardless of the recent parliamentary approval of a reform package that was needed to kick-start bailout discussions with the country’s lenders.

The second set of measures demanded by eurozone partners was agreed domestically last Thursday and could force a major overhaul of Greek systems and processes. Sources working in the country’s energy market believe that there are likely to be delays in proposed infrastructure projects, even now that the bailout package has been agreed.

The government still needs to negotiate and sign the new deal, a process which is expected to start next week and could last a month.

Part of the now approved second package is likely to include more European intervention on how energy assets are managed. TAIPED, the existing State Privatization Fund, was established in 2011 and is headed up by an all-Greek membership.

According to Theodore Theodoropoulos, CEO of Aegean Gas, a subsidiary of global business Aegean Oil, a reform of the existing fund will take place and most probably will include representatives from the EU institutions.

“The privatisation consultants should be approved from both Greece and the European institutions. Previously consultants were selected by government,” he said. “Energy assets such as DESFA (natural gas grid operator) and DEPA (Public Gas Corporation) and some of the port facilities will be transferred under a new fund, which is likely to happen after October,” he said.

The Greek government will then be required to transfer around 50 billion euros worth of its assets into the fund.

Increased EU involvement is likely to influence future privatizations, including the DESFA sale to Azeri state energy company Socar. “I don’t think that the sale will proceed in its current form,” Theodoropoulos said.

In 2013, an agreement was reached for the sale of a 66% stake in DESFA to Socar, but the deal is still awaiting approval by the European Commission.

Greece’s coalition, led by leftist Syriza, has made no secret of plans to keep the country’s energy companies state-owned. But Prime Minister Alexis Tspiras’s concessions to the EU, which were voted on in parliament last Thursday morning, will most likely reverse the stance.

Theodoropoulos said: “The Greek government was not willing to sell any more than a 51% stake in Greek assets, but I believe that this [proportion] will be higher [in the new deal]. It is also likely that the criteria will be stricter and the deadlines more specific.”

Although most Greek market sources refrained from voicing an opinion on timeliness ahead of the bailout vote, most expected some sort of a delay.

“All these assets are under the privatisation process,” Theodoropoulos said.

“I think all these projects will become realised, but there are likely to be delays and it is difficult to determine how delayed they will be. After October [when the new asset fund is in place] we will have a clearer picture of the Greek market and how these energy projects will develop.”

Anastassis Giamouridis, senior analyst at Poyry Management Consulting, does not think the Trans Adriatic Pipeline (TAP) would be at risk of delay because, unlike other infrastructure projects in Greece, it has an investment decision and is not dependent on Greek demand or finance.

The gas will instead transit Greece and capacities have already been agreed upon, he said.

Construction of TAP has the potential to enhance the importance of Greece’s LNG terminal, as it offers the possibility to transport volumes from this facility to other markets.

TAP will start at the Greek-Turkish border, fed primarily by Azeri gas from the TANAP line, run north to Albania and onwards to Italy. Deliveries to Europe should start in 2020, carrying 10 billion cubic metres (bcm)/year from the Shah Deniz 2 field.

Interconnector Greece-Bulgaria (IGB) – on the other hand – is still awaiting a financial investment decision. A source close to the project noted that negotiations between shareholders were taking longer than expected, partly due to the uncertainty in Greece.

Construction on the 3-5 bcm/year bi-directional pipeline is earmarked to start next March, with completion expected in 2018.

But as Giamouridis pointed out, because the project will primarily deliver Greek exports, there is a likelihood it will be delayed.

“I think IGB would eventually come on line, but not necessarily in its current form,” he said.

He suggested the interconnector, which some have said is necessary before TAP can be constructed, could send Azeri gas to Balkan countries.

This view is shared by Nikos Tsafos, president & chief analyst at US-based energy consultancy enalytica said: “In Greece, the only project with a clear purpose is IGB: to deliver Azeri gas into Bulgaria.

“Then again, if Turkish Stream is built, it is likely that Azerbaijan could deliver gas into Bulgaria at the Turkish-Bulgarian border, obviating the need for IGB.

“In short, the only high-likelihood project is TAP, and I wouldn’t be surprised if TAP were the only one of these pipelines to be built in the next 7-10 years.”