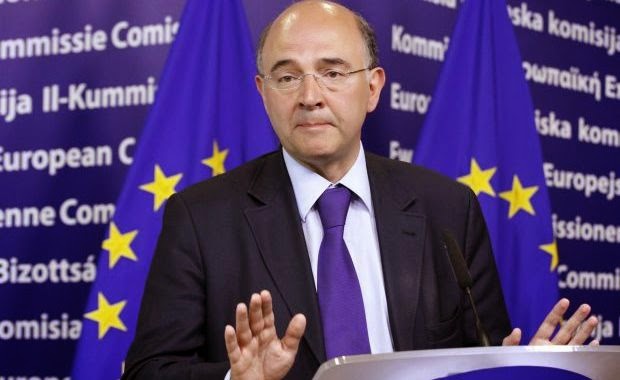 The agreement achieved at the Eurogroup is advantageous for all sides, the European Commissioner for Economic and Financial Affairs, Pierre Moscovici said on Thursday in an interview with news agency MNI.
The Commissioner said the deal will not only provide oxygen to the Greek economy but will set the base for the return of the International Monetary Fund to Greece’s program.
He also clarified that the supplementary prior actions are in no way a new bailout and hailed Finance Minister Euclid Tsakalotos’ stance in the negotiations.
Moscovici said he’s convinced the IMF will participate in Greece’s program because “there is a strong will among member-states and it is now clear that there is a clear commitment by the IMF staff in the reform program and the rest of the Greek package.”