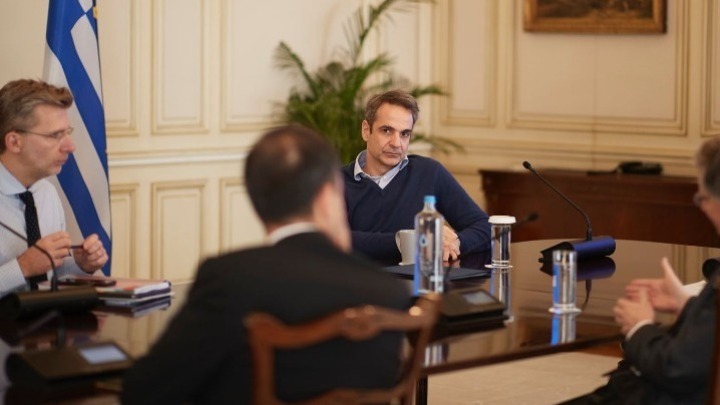 The effects of the coronavirus crisis on tourism and the prospects for a dynamic restart when conditions allow dominated a video conference between Prime Minister Kyriakos Mitsotakis, government officials and representatives of the tourism industry on Thursday.
During the video conference, they evaluated the situation in the tourism sector, which was described as unprecedented, and examined the prospects for tourism after the end of the pandemic.
“We know very well that the effects of this crisis on tourism will be significant. Our goal for 2020 is to reduce, as much as possible, the negative repercussions, given that our product has a specific characterestic, the largest volume of visitors comes to Greece in July, August and September,” said the prime minister.
Mitsotakis said it was extremely important that “the country has managed and built, during the face of this health crisis, a significant reserve of confidence, which will allows us, I believe, to formulate the best possible strategy to rescue as much as possible from this season, but also to lay the foundations for a much better season in 2021.”
Referring to the government’s policy for tackling the problems in the economy, he said that the government acted quickly to support companies.
He also referred to “Greece From Home” (the online platform that “takes” Greece to the world via YouTube) and congratulated all its contributors, saying that it was truly a global innovation, which highlights Greece’s ingenuity in dealing with this crisis, while adding that ” our goal is to reach some concrete conclusions for policies that will have a direct effect on the tourism industry.”