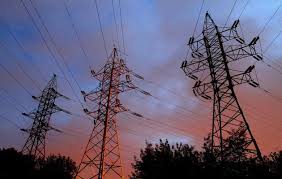 The Production Reconstruction, Environment and Energy Ministry has prepared an amendment to eliminate an Emission Reduction Tariff (ETMEAR) surcharge hike that had been planned by RAE, the Regulatory Authority for Energy.

RAE’s planned increase, which would have appeared on electricity bills, has placed Energy Minister Panayiotis Lafazanis at odds with the authority. Over the past fortnight or so, Lafazanis had warned that if RAE did not scrap its planned ETMEAR hike, then he would do so through a law amendement. The minister has also openly declared he intends to suppress RAE’s executive powers.

The amendment will be included in the recently elected leftist Syriza-led coalition government’s first legislative action in Parliament, its ratification expected imminently.

Lafazanis reacted to RAE’s planned surcharge hike as it would have run against the administration’s widely heralded social policy for citizens amid the country’s ongoing deep recession.

The ministry has stated that price hikes should not only be avoided amid the adverse conditions but, on the contrary, any initiaves taken ought to lead to lower electricity costs as a means of supporting struggling citizens and enterprises while also providing a tool that may help stimulate economic activity.

The amendment states that the ETMEAR surcharge will remain at the level that had been applied in 2014.

The ministry has asked RAE to find alternatives of equal monetary worth. The hike had been planned by RAE as part of its wider effort to eliminate the renewable energy source (RES) special account deficit.