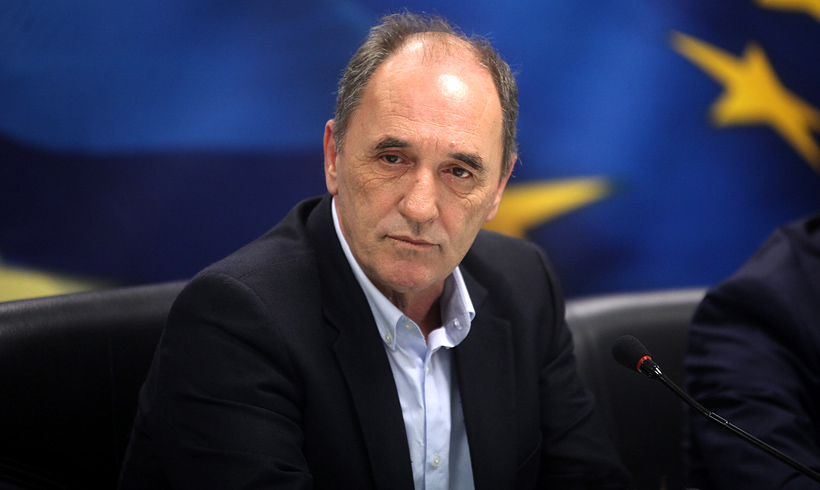 Energy minister Giorgos Stathakis has begun meeting, through his initiative, with potential buyers of main power utility PPC’s production units, a bailout demand, in order to inform  on his agreement with the lenders and listen to the reaction and interests of investors. These talks come several months ahead of a market test, expected around September, intended to measure investor interest in the sales package.

However, sector authorities have told energypress that these preliminary talks are essentially pointless as no specific information is being disclosed by the minister on which PPC units are expected to be put up for sale.

At this stage it is known that the agreement will require state-controlled PPC to sell approximately 40 percent of its carbon-fired production units and increase its electricity amounts offered through NOME auctions, introduced last October to provide independent traders with access to the utility’s low-cost carbon-fired and hydropower electricity generation.

The utility’s hydropower units have been left out of the sale plan for the time being, but this could change if the forthcoming market test indicates insufficient investor interest in PPC’s carbon-fired units.

Returning to the energy minister’s talks with investors, Stathakis, during a meeting with officials of the Greek-Italian energy partnership Elpedison last Thursday, was allegedly told hydropower units would need to be included in the sale package if the company is to consider buying.

Stathakis is expected to continue meeting officials of other energy market players. At this point in time, it is widely believed that a PPC sale package containing carbon-fired power stations, alone, will not suffice to lure investors. Pundits already believe hydropower units will eventually be dragged into the picture. The energy minister has so far sidestepped the prospect by avoiding any direct references.