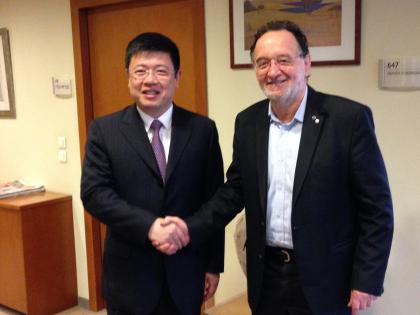 Production Reconstruction, Environment and Energy Minister Panagiotis Lafazanis, who met in Athens yesterday with Chinese Ambassador to Greece, Xiali Zou, pitched the prospect of participation by Chinese energy firms in the second round of an ongoing tender offering exploration and exploitation rights to twenty offshore blocks in the Ionian Sea and south of Crete.

Closer cooperation between the two nations was an agenda priority for both officials, the energy sector being the main focus.