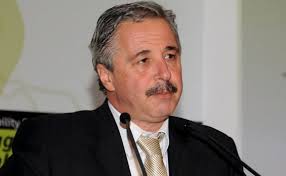 Recent violations by a Turkish vessel within Cyprus’s exclusive economic zone (EEZ) for seismographic research and survey activity do not contribute to the region’s stability and, based on international regulations, the endeavors must stop, Greece’s Environment, Energy & Climate Change Minister Yiannis Maniatis noted at a conference in Athens today.

Maniatis, who delivered a speech at a Hellenic-American Chamber of Commerce event on the Greek economy, noted that Greek officials were monitoring the situation.

The Greek minister said he was awaiting further details on an announcement made yesterday concerning the course of the South Stream natural gas pipeline to run all the way to Austria. The Russian pipeline’s course remains unclear. The Greek minister noted that, based on his interpretation of preliminary information, a change of course appears likely. The pipeline could run through Turkey and reach a hub on the Turkish side of the Greek-Turkish border. Greek terrain may also be used.

The Russian pipeline was originally intended to run through Bulgaria, Serbia, Hungary, and Slovenia, but an alternative route through Greece and Turkey was mapped out.

The Greek minister took the opportunity to comment on the slow progress of the DESFA (Natural Gas Transmission System Operator) privatization deal. Earlier this month, the European Commission announced it will conduct an in-depth examination of DESFA’s planned sale to Azeri company Socar before offering its approval. Brussels decided to further examine the deal, over EU energy security concerns, seventeen months after the tender had been completed.

“I hope Brussels has realized that if we are interested in good cooperation with new suppliers and producers, then decisions cannot be made at a Brussels-type bureaucratic pace,” Maniatis noted.

Commenting on the major decline of oil prices in the international market over recent months and whether the development would affect company investment plans for Greece’s hydrocarbon exploration sector, Maniatis said he believed such business plans were based on long-term planning. The minister offered an optimistic note on the prospects of an international tender just launched for exploration in Greece. New parties were expressing interest, he remarked, without offering any further details.