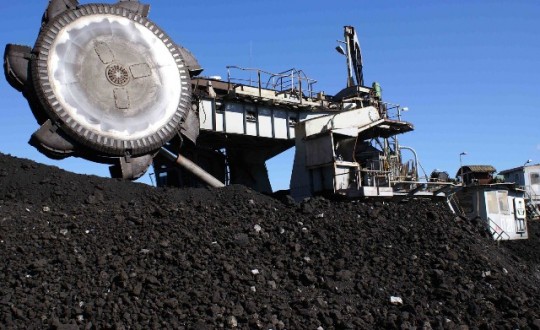 In one of his first moves since being re-appointed energy minister, Panos Skourletis has endorsed a request by main power utility PPC for mining activities at an expanse covering a 1.1 million-square meters in the Eordea region of Mavropiyi, northern Greece.

The lignite from the area’s deposit will be used to meet supply needs of three lignite-fired power stations operated by PPC in Ptolemaida, Agios Dimitrios, and Kardia, all in the country’s north.

The decision comes as part of a wider effort being made by PPC to boost efficiency, quality and productivity levels at its lignite mines. PPC’s chief Manolis Panagiotakis had refered to the matter as soon as he assumed the corporation’s top post last April.

The quality of lignite mined by PPC has deteriorated and consequently reduced efficiency levels at the utility’s power stations. Some are operating at extremely low levels. Highlighting this issue, PPC’s prospective new power station in Ptolemaida is planned to operate at an efficiency level yielding 41.5 percent, considerably higher than rates of well under 30 percent being registered by some of the utility’s existing lignite-fired production facilities.

Occasional landslides in the Mavropiyi area have troubled past work conducted by PPC in the region. Besides the Mavropiyi mine, PPC has also encountered similar problems in Florina’s Klidi area, where the corporation’s mine is currently defunct because landslide problems have been left unattended.

The imposition of capital controls in the summer has made matters worse for lignite supply as bilateral electricity trade over the past couple of months has been severely restricted, increasing the pressure on power stations to meet the grid’s needs. Lignite production covered 42 percent of the grid’s needs in August following just 30 percent in July.

In addition to the ministerial decision giving PPC the green light for work at its Mavropiyi mine, the power utility, itself, recently approved a series of investments concerning work at various mines, the objective being to increase productivity.

PPC, its chief official has announced, also plans to utilize equipment currently sitting idle as a result of a lack of personnel. The utility’s lignite production may be boosted by as much as six percent if the matter is resolved, according to PPC.