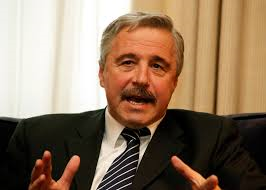 Environment, Energy & Climate Change Minister Yiannis Maniatis has proposed the implementation of a tax break for expenses of up to 15,000 euros on energy-efficiency upgrade work to home property.

Maniatis, who proposed the tax break during a meeting yesterday with Finance Minister Gikas Hardouvelis, noted that the measure promised to serve as a “comprehensive economic, development and environmental action that the government needs to adopt.”

The Energy Minister made reference to the high level of interest in the “Saving at Home” buildings energy upgrade program, which was implemented under the 2007-2013 National Strategic Reference Framework (NSRF), an EU funding program.

Maniatis said be believed tens of thousands of the 5.5 million or so country’s home owners would invest in energy-efficiency upgrades for their property if the State offered a tax-break incentive.

“The measure’s activity is expected to have a direct effect within months as thousands of new jobs would be created in the sector, and households that take advantage of the incentive will save considerable amounts,” Maniatis said. “It is an established fact that such energy-efficiency work offers households savings of as much as 40 percent, annually, on energy costs,” he continued.

The Energy Minister added that the building sector would receive a needed boost, as, according to his estimates, 70 percent of materials and fittings to be used in the energy-efficiency upgrades would be locally produced.