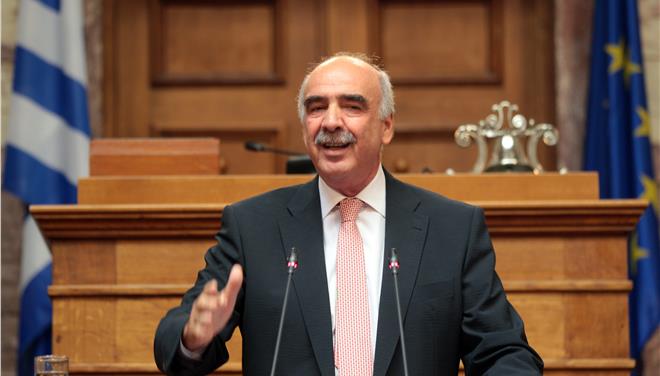 New Democracy leadership contender Vaggelis Meimarakis has portrayed himself as being more in touch with the average conservative voter than his rival Kyriakos Mitsotakis a few days before the party’s election on Sunday.

“We are not the party of those who own the means of production,” he told public broadcaster ERT. “We represent them but we are also the party of the worker, the farmer and the unemployed person.

“We have to embrace all these people and let them understand that we will solve problems through cooperation and not through a clash between classes.”

Meimarakis also turned his fire on his opponent, the son of former party leader Constantine Mitsotakis, accusing the younger man of trying to gloss over his family heritage.

“We have reached the point where I am being accused of being part of a family dynasty and Kyriakos is just calling himself Kyriakos and not saying he is a Mitsotakis,” added Meimarakis, who led the party between July and November.

Despite their differences, Meimarakis and Mitsotakis have said that if they win they will not back the government’s pension reform proposals and would not enter a coalition government with SYRIZA.

Both candidates have stepped up their campaigns ahead of Sunday’s vote, focusing much energy on northern Greece, which is expected to be the second key area after Attica in determining which of the two will win. The number of phone calls and text messages sent by their campaign teams has exceeded 1 million.