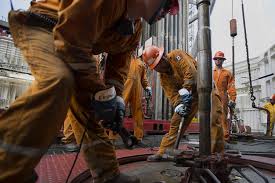 Energean Oil & Gas, the international oil & gas exploration and production company focused on the Mediterranean and North Africa, has achieved the maximum level of safety both at the Prinos, Kavala offshore oil platforms and the onshore processing plant at Nea Karvali, both in northern Greece, for a second consecutive year, as no accidents involving its employees occurred in 2014, it announced in a statement released today.

Also, no incidents with even the slightest environmental impact occurred during the last year, the company noted.

Mathios Rigas, Chairman and CEO of Energean Oil & Gas, stated: “The achievements of Energean in the HSE section reflect the technical knowledge, the expertise and the responsible actions of its employees, which guarantee the development of hydrocarbon exploration and exploitation in new areas by meeting the most demanding criteria and corresponding to the harshest of conditions.”

Energean’s personnel accident record has been on a consistent downward trend since the company took over at Prinos in late 2007.