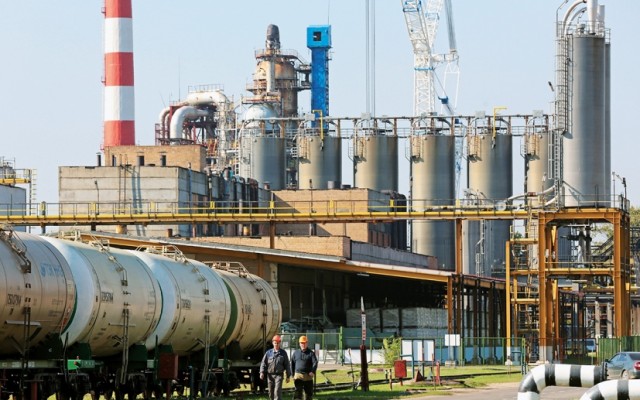 The upcoming privatization of DEPA, the public gas corporation, is expected to develop into a fierce contest between major Greek energy market players.

Yesterday, Evangelos Mytilineos, CEO of the Mytilineos corporate group, made no secret of his interest in DEPA’s commercial division to be offered to investors. This was preceded by ELPE’s (Hellenic Petroleum) interest for a presence in the natural gas market. Motor Oil Hellas has also noted it envisions a strong future in this specific market.

The main power utility PPC yesterday declared its intention to become active in the retail natural gas market, possibly within the current year. However, as a state-run firm, PPC will not be eligible to participate in the DEPA privatization.

The government and country’s lenders have agreed on a DEPA sale model entailing a split of the gas utility into two subsidiaries representing its commercial and distribution network divisions, respectively, for the privatization.

Motor Oil Hellas has filed a complaint to the competition committee over DEPA’s close-to-finalized effort to acquire Shell’s 49 percent of their EPA Attiki joint venture covering supply in the wider Athens area. DEPA already holds a 51 percent stake. This complaint could turn into legal action. Motor Oil Hellas is troubled by this sale plan as a private-sector investor is selling its stake to a state-run firm with a dominant market share.

Motor Oil Hellas is interested in the retail gas market section of EPA Attiki. The petroleum firm is less enthusiastic about EPA Attiki’s wholesale activity, including DEPA’s supply contracts with producers and importers.

On the contrary, the Mytilineos group is interested in the full range of DEPA’s commercial activity. The enterprise is already very active in the wholesale natural gas market as an LNG importer. Mytilineos has also established a direct trading partnership with Gazprom and is believed to be negotiating a deal with another major player.

ELPE, holding a 35 percent stake of DEPA, has also declared it envisions a gas market role, either through DEPA or independently. ELPE could bid for DEPA’s commercial subsidiary, as long as it is ensured a majority stake and managerial control of this enterprise.

A foreign energy firm already active in the Greek market as a member of a consortium is believed to be interested in DEPA’s distribution networks, according to energypress sources.

Despite the early interest shown by investors in the DEPA sale, indicating conditions are now appropriate, the specifics of DEPA’s privatization model have yet to be finalized. In his comments yesterday, the Mytilineos group’s CEO forecast that the DEPA sale will go ahead and be completed this time round following a stalled attempt back in 2013.