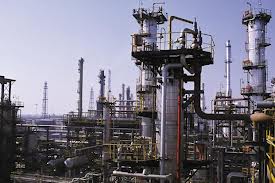 A close watch is being kept by local energy authorities on the international developments that have led to lower fuel prices, sparked by a price war initiated by Saudi Arabia that has led to a four-year low. Profit margins may have been slightly restricted by a stronger US dollar but market conditions have generally improved compared to the negative lows struck just months ago.

The European Union’s energy import needs, estimated at 500 billion dollars in 2013, stand to gain. If the price of oil remains at levels below 85 dollars per barrel, the import-dependant EU stands to save as much as 80 billion euro.

The oil market developments have led to lower crude oil prices for refineries. In accounting terms, this affects the value of existing stock. However, lower prices are offering greater incentive for increased consumption. Various studies conducted indicate that, with oil price levels at 80 dollars per barrel, unfavorable forecasts made could well be shelved. The International Energy Agency (IEA), for example, has forecast that oil demand will decline in 2015.

Strengthening oil demand comes at a time when refinery output capacity has been drastically hampered by a series of refinery closures in Europe.

As for heating fuel trade, the brighter outlook in the sector highlights the sector’s improved prospects. Falling prices have given hope to traders for regaining market losses incurred over recent years. Realistically, however, a part of these losses is permanent. For example many heating fuel consumers have turned to other options, such as natural gas, energy-efficient fireplaces, and pellets. Even so, demand for heating fuel, as well as transportation fuel, is certainly rising.

Petroleum producers, especially those facing higher production costs in sectors such as shale oil and deepwater practices, are being affected by the lower oil prices. But the lower price levels are definitely offering respite to the remainder of the market, meaning refineries and traders.