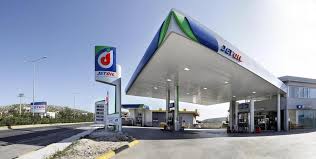 A long-delayed investment plan by Mamidoil Jetoil, for the establishment of a liquid-fuel storage and supply facility in Crete, stalled as a result of bureaucratic complications and local community objections, has just received approval from the Ministry of Development & Competitiveness.

The plan for the project, an investment budgeted at 14.2 million euro, to be subsidized by 30 percent, had remained stalled for over eight years.

Mamidoil Jetoil expects the project, located in the wider Souda region, close to Hania, northwestern Crete, to have created 18 new jobs after two years of operations.

Back in 2010, Mamidoil Jetoil head Kyriakos Mamidakis had appealed, in writing, to then-prime minister George Papandreou, noting that the stalled project was pivotal for the Cretan market. Mamidakis argued that Cretan fuel storage facilities were limited to serving the island for no more than fifteen days. This limited storage capacity severely restricted the number of traders active in the sector, which was keeping competition to a minimum and, consequently, distorting market price levels, the entrepreneur had added.

Besides Mamidoil Jetoil, the Dutch corporation Royal Vopak has submitted a renewed bid to develop a fuel terminal of its own, in Crete’s south. The Dutch firm, acting through local subsidiary firm Termatikos Stathmos Kritis, is seeking fast-track qualification for its prospective investment. Based on older estimates, this investment is valued at between 300 and 500 million euro.

An older Royal Vopak announcement, released over two years ago, had noted that the project’s construction stage would offer employment to some 1,500 persons, while a staff team of approximately 200 persons would be needed to keep the facility running, once launched.

Crete is one of four locations selected by Royal Vopak for the construction of prospective new terminals, the others being Cyprus, Egypt, and Turkey.