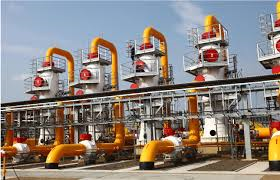 In its report, the European Commission noted that the operational independence of DESFA, the Natural Gas Transmission System Operator, will need to be maintained following its imminent acquisition by Azeri company Socar.

According to the European Commission report, Greece will be expected to develop a time schedule and action plan for a transition towards a more mature natural gas market of heightened retail competition that will bring an end to the regional monopolies currently enjoyed by the three existing gas supply companies (EPA) – in the wider Athens area, Thessaloniki, and Thessalia, in the mid-northeast – and offer consumers multiple options. The government’s current effort to end these monopolies was commended in the report.

The report noted that the price of natural gas – not including taxes – for industrial consumers was the highest in the EU in 2012.

It pointed out that legislation ratified in 2011, aiming to protect vulnerable consumer groups, had not been fully implemented by the EPA companies.

The positive role to be offered by the prospective TAP and IGB pipeline projects, as well as LNG facilities, was also referred to in the report, which noted that these could establish Greece as a regional natural gas hub.

As for consumption, Greek natural gas demand in 2012 reached 4.8 billion cubic meters, of which 66 percent was used for electricity production. Imports amounted to 41.8 TWh in 2013, with 66 percent provided by Russia, and the remainder through LNG supply.