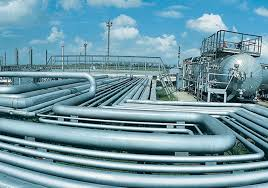 DEPA, the Public Gas Corporation, is bracing for a crucial period over the next three months. Besides needing to confront cash flow problems that have reemerged in the local market, the corporation will also need to deal with other coinciding developments that are expected to test its resilience.

The persisting uncertainty being felt at an international level over the ongoing conflict in Ukraine stands as one of DEPA’s concerns. Regardless of the consequent natural gas supply problems that may emerge, big or small, the Greek company will need to have cash amounts readily available it wants to purchase LNG as a preemptive measure. As is widely known, gas spot markets operate on a cash-only basis. If, as an emergency measure, the tanks are to be kept full at Greece’s only LNG terminal on the islet of Revythoussa, close to Athens, then the company will need plenty of cash. One LNG order costs tens of millions of euros.

On another front, DEPA is awaiting a court verdict this month on a legal dispute with Turkish pipeline corporation Botas over older DEPA natural gas orders. DEPA has appealed for a decrease of a retroactive amount it has been ordered to pay Botas, following a price rise by Azeri suppliers.

A third issue of concern at DEPA is its misjudged take-or-pay agreement with Russia’s Gazprom, which could cost the Greek company more than 80 million euros, as was recently disclosed by energypress. Based on the agreement, made last March, DEPA is obliged to receive a certain amount of gas, which, even if not absorbed, still needs to be paid. Based on current consumption patterns, it seems that orders for the next three years were overestimated.

The outcomes of all the aforementioned developments will have an impact on local gas price levels, as well as consumer bills.