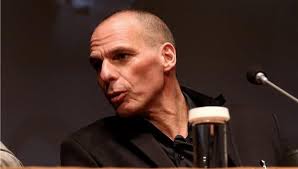 The new minister commented on the Greek gas market during a meeting in London with one hundred investment group representatives, who attended an event organized by the Bank of America, Merill Lynch, and Deutsche Bank.

During the session, the minister appeared to try and deliver a drastically different impression than the radical leftist intentions declared by the new cabinet’s ministers during last week’s hand-over ceremonies at their respective ministries.

Varoufakis, talking to investors in London, assured that some of the previous administration’s planned privatizations would take place. Last week, new government officials unnerved markets by declaring that all privatization activity would be ended.

“It’s not possible for the structure of Greece’s gas distribution market to continue being a monopoly. This needs to change,” Varoufakis remarked, responding to a question on the problems faced by Greece’s energy market.

As he did not elaborate on details, the minister was most likely referring to the gas market’s liberalization and elimination of exclusive rights enjoyed by the counry’s three exisiting gas supply companies (EPA) operating in the wider Athens area, Thessaloniki, and Thessalia, in the mid-northeast.

Production Reconstruction, Environment and Energy Minister Panayiotis Lafazanis, who heads the Syriza party’s more radical left, dubbed “Left Platform”, has yet to offer any comments on the gas distribution market, which, under no circumstances, means that no changes will be made.

The previous administration had fully prepared a draft bill, a bail-out agreement obligation, which had been approved by the European Commission but did not make it to Greek Parliament on time for ratification as a result of the snap election held on January 25.

The draft bill provided for a gradual end to gas market monopolies held by DEPA, the Public Gas Corporation, and the three EPA supply companies, by 2018. Thereafter, household consumers would be free to select a supplier of their choice, according to the draft bill’s plan. It also imposed a gradual and complete separation of the commercial activities practiced by the EPA companies from those linked to pipeline infrastructure construction and management, beginning on May 30, 2015.