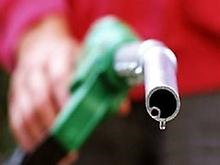 Wholesale fuel trade in Greece has declined by 41.6 percent since 2009, according to the findings of research conducted by Infobank Hellstat, a business information provider.

Heating fuel experienced the biggest decline, dropping by 52 percent, or 929,600 tons. This drop was intensified from October, 2012 onwards, when the special consumption tax imposed on heating fuel was raised to the level imposed on transportation fuel, prompting a sudden slump in the demand for heating fuel.

The increased tax rate on heating fuel failed to generate an anticipated increase in tax revenues as a result of the sharp decline in demand. During the eleven-month period covering January to November in 2013, tax revenues fell by 8.6 percent, to 5.9 billion euros, retreating to the level they were at in 2009.

A rebound in fuel consumption figures is expected for 2014. “The country’s improving macroeconomic conditions and the GDP increase expected for 2014 are creating expectations for the first signs of a market recovery,” noted Chrysostomos Katsis, Managing Director at Infobank Hellstat, who also pointed out that major petroleum groups have posted sales increases in main market categories for the first half in 2014.

Infobank Hellstat’s study was based on the financial results of 17 sector companies.