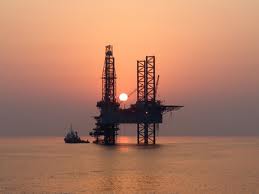 A fierce and ongoing dispute that broke out several weeks ago between the Ministry of Environment, Energy & Climate Change and TAIPED, the State Privatization Fund, over the future development of an underground natural gas storage facility in northern Greece’s Kavala region threatens to deprive the project of EU subsidies offered to increase the number of such storage facilities throughout Europe and thereby reduce the EU’s dependence on Russian natural gas.

Greek newspaper “To Vima” has reported that the Environment, Energy & Climate Change Minister, Yannis Maniatis, has forwarded a series of letters to TAIPED’s administration in recent times, pressing for a swift solution to the problem.

TAIPED, which is handling the project’s privatization process, has failed to stage a tender for the underground natural gas storage facility, in the Kavala region’s south, despite an order delivered last December by Greek Prime Minister Antonis Samaras.

Basing its position on the findings of research completed by Finnish firm Poyry last April, TAIPED claims the project is economically unfeasible. The privatization fund has noted that, according to the Poyry study, initial investments worth about 400 million euro would need to be made on the underground natural gas storage facility before it could be tendered. TAIPED has apparently requested that the state cover the required initial investment, possibly through RAE, the Regulatory Authority for Energy. Insiders argue that such an option would ultimately burden Greek consumers.

Earlier this month, officials at the Ministry of Environment, Energy & Climate Change needed to scramble to meet a deadline and have the project included in the EU’s Projects of Common Interest (PCIs) portfolio.

EU subsidies aiming to develop natural gas storage facilities in Europe and lessen the continent’s reliance on Russian natural gas will go astray, for this particular project, if the differences to the Greek dispute are not swiftly solved, inside sources told “To Vima”.

The conflict’s emergence is untimely considering the current overall effort being made by the EU to heighten its energy supply security over concerns of a Russian natural gas stoppage in retaliation to EU sanctions imposed because of the conflict in Ukraine.

As part of the EU’s wider energy security effort, Greece’s utilization of the delayed natural gas storage facility in Kavala’s south could provide the country with the opportunity to store away natural gas quantities of strategic importance that would serve the needs of both Greece and other EU member states.

Adding to the confusion, Energean Oil & Gas holds an exploitation permit for the south Kavala deposit that expires in November. In mid-2011, RAE decided it would grant Energean a license to develop an underground natural gas storage facility at this location, basing its decision on the fact that the firm already held an exploitation permit for the specific spot. However, the license was not granted as a required ministerial decision on the matter did not come through.

Energean, in association with the Italian firm Edison, has already conducted studies of its own, which put needed initial investment at between 350 million euro and 400 million euro for the creation of an underground natural gas storage facility. According to this study, the energy source would subsequently supply approximately seven million cubic meters of natural gas to the national system on a daily basis.