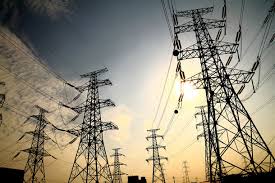 The country’s lenders are pushing for Greece to liberalize the natural gas market in the immediate future and then, in 2016, part-privatize the main power utility PPC, latest developments in the negotiations for a new bailout agreement indicate.

As for the natural gas market, Greece needs to open up its retail sector, based on the requirements of an EU directive, by breaking up regional monopolies maintained by the regional gas supply companies (EPA) operating in the wider Athens area, Thessaloniki, and Thessalia, in the mid-northeast. The objective is to divide trading and network management activities in order to draw new companies into the market.

The country’s previous government had taken steps in this direction by preparing a draft bill which failed to reach Parliament for ratification as a result of January’s snap elections.

Both the previous and current administrations have failed to find a solution to compensate foreign companies with stakes in the EPA companies for premature ends to their exclusive distribution rights agreed to in respective regional markets. The gas supply companies had been given 30-year terms. BP holds a stake in the Athens venture and Italian company ENI is a shareholder in the Thessaloniki and Thessalia gas supply companies.

These long-term agreements, signed over a decade ago, had been endorsed by the European Commission as, at the time, the natural gas market in Greece had hardly been penetrated and a strong incentive was needed to draw companies to invest in network and infrastructure development.

However, EU law changed a few years ago. Regional gas supply companies are no longer permitted to maintain exclusive rights to sell gas to household, professional amd industrial consumers. This prohibition is based on the reasoning that consumers are deprived of choosing their supplier, which prevents competition and keeps prices high. Natural gas prices in Greece are among the highest in the EU.

The European Commission acknowledges that a formula compensating the EPA foreign partners will need to be found. Otherwise, if required funds or offsetting measures of equal worth are not found, investors will resort to legal action, meaning that the gas market’s liberalization will be further delayed amid the process.

The demand by lenders for the part-privatization of PPC represents an even bigger problem. Lenders are pressuring for a new breakaway company to be formed and privatized in 2016 if other alternative measures intended to liberalize Greece’s electricity market do not succeed.

These options include the introduction of NOME-type auctions for lignite and hydropower capacity, staged by PPC for private-sector suppliers, exclusively. PPC currently fully controls both these energy sources. Independent suppliers will be able to sell their energy purchased from PPC to consumers. The objective is to end PPC’s monopoly of lignite and hydropower sources. Should this measure fail to intensify competition in Greece’s electricity market, then the PPC part-privatization plan will be the only option left to liberalize the electricity market, according to lenders.

In essence, the institutions seeking to reach a new bailout agreement with Greece believe the NOME-type model would only serve as a transitionary measure, and that the part-privatization of PPC represents the only way of truly ending the power utility’s monopoly.

Greek officials received an update by lenders on the energy reform demands two days ago. Limiting PPC’s monopoly in the electricity market was highlighted as a key issue. Lenders want PPC to surrender 30 percent of its electricity market share. If the NOME-type auctions do not produce the desired results, PPC’s part-privatization will need to take place within 2016, the lenders noted.

The latest developments on the future of IPTO, the country’s power grid operator, remain unclear. Lenders appear willing to consider Greece’s latest proposal. Greek officials have proposed that instead of privatizing IPTO, all the operator’s fixed assets (networks, lines) could remain a part of PPC, the parent company, while management of the grid may be transferred to a new fully independent company.