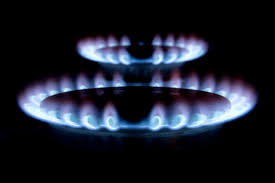 Prospective legislation for the natural gas retail market’s liberalization will not be ready by the end of the month, when the country’s creditor representatives, or troika, return to Athens for the next round of negotiations. Based on a plan that had been set out, legislation for the issue should have already been ratified, but, according to energypress sources, will not even have been forwarded for public consultation when the troika officials arrive.

The failure, so far, of ongoing negotiations involving the multinationals Shell and Eni, DEPA, the Public Gas Company, and the Ministry of Environment, Energy & Climate Change, to produce an agreement, has been cited as the cause behind the legislative delay, mostly because of issues raised by the two multinationals. A revised natural gas retail market, once the legislation process is completed, would most likely bring into play new competition for these firms.

The ministry is taking into consideration issues raised by the investors, the objective being to avoid any legal recourse. Even so, the ministry has already excluded any possibility of paying out compensation amounts to the two multinational firms. Instead, an effort is being made to reach solutions through structural revisions concerning the country’s distribution companies, including time and regional matters. One of the various proposals tabled entails dividing the country up into two market regions and establishing two distribution companies to serve these. The ministry has reportedly already provided a basic proposal to the firms. They are believed to be examining its details and are expected to forward their opinions within the next few days.

The country’s creditor representatives are said to be fully informed of the delay, which is not expected to stand as a major issue during the upcoming negotiations in Athens.