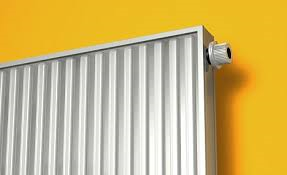 A legislation amendment currently being developed at the Ministry of Environment, Energy & Climate Change is expected to soon simplify procedures for consumers wishing to switch to natural gas from heating fuel for their heating needs, a move that would cut their heating expenses by 41 percent, based on current price levels.

Until now, flat owners wanting to switch to natural gas from heating fuel needed a majority vote from their respective apartment block general assemblies – attendance is requested from all flat owners – in order to abandon older collective agreements on heating fuel policy before beginning connection procedures for an independent gas heating system.

This necessary commitment by flat owners to collective heating fuel arrangements has raised tension levels at numerous urban apartment blocks over the past few years, especially last winter, when the deep recession and high heating fuel prices caused serious difficulties in the operation of buildings’ central heating. This lack of cooperation resulted in numerous unpaid heating fuel bills, and in many cases, in no heating fuel at all for entire apartment blocks. Many households were forced to turn to alternative heating methods, at times toxic, causing air pollution.

The aforementioned amendment, being spearheaded by Deputy Environment, Energy & Climate Change Minister Makis Papageorgiou, is expected to be submitted to Parliament in October.

Flat owners choosing to switch to natural gas will be able to have their own, modestly-sized natural gas tanks installed on their own balconies for a cost estimated at between 1,770 euros and 2,770 euros.

Approximately 15 percent of households in Greece have installed natural gas connections. In the wider Athens area, alone, 300,000 households have been connected. However, considering the number of houses and flats appropriately located by the gas distribution network, the connections figure can more than double to 700,000. Despite the recession, 7,700 new households switched to natural gas between January and July this year, up by 50 percent compared to the equivalent period last year.