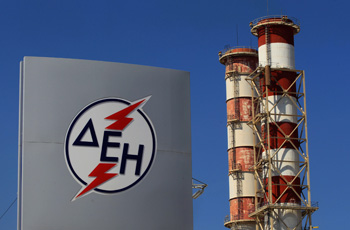 The Greek parliament has legislated to spin off and privatise 30 per cent of the majority state-owned Public Power Corporation (PPC). This resulting entity will be a new vertically integrated electricity undertaking, referred to as Small PPC. The move comes amid the on-going privatisation of the Independent Power Transmission Operator (IPTO) and represents a major effort to foster genuine competition throughout the Greek electricity market.

These reforms are aimed at ending a prolonged period of perceived noncompetitiveness during which only a handful of independent power producers (IPPs), electricity suppliers and power traders have managed to enter the domestic market.

As part of on-going efforts to liberalise the electricity market, the Greek Parliament has recently legislated to spin-off and privatise 30 per cent of the majority state-owned Public Power Corporation (PPC). The resulting entity will be a new vertically integrated electricity undertaking, currently referred to as Small PPC.

The move comes amid the on-going privatisation of the Independent Power Transmission Operator (IPTO) – a PPC subsidiary and the owner and operator of the Interconnected System discussed below – and represents a major effort to foster genuine competition throughout the Greek electricity market. An expected third step in the Greek Government’s restructuring and privatisation plan for PPC is yet to come, being a sale to private investors of another 17 per cent of PPC shares. The Greek Government is at present PPC’s majority shareholder, with a 51.12 per cent stake in the utility. The IPTO and Small PPC are estimated to be worth approximately €1.5 billion each.

These reforms are aimed at ending a prolonged period of perceived noncompetitiveness during which only a handful of independent power producers (IPPs), electricity suppliers and power traders have managed to enter the domestic market. The transposition of EU Energy Packages into national law appears to have done little to alter this state of affairs.

This briefing provides some context on the Greek electricity market, before examining in more detail the reasons for creating Small PPC and the likely structure of the sale pursuant to the very recent Law 4273/2014 on the establishment of a new vertically integrated electricity undertaking, which was published on July 11, 2014.

In practice and despite the market being open for competition, PPC remains the sole electricity supplier (and sole conventional power producer) for the Non-Interconnected Islands, where installed capacity totals 2.2GW. The Hellenic Distribution Network Operator (HEDNO), another wholly owned subsidiary of PPC, operates these isolated networks in addition to the distribution network of mainland Greece.

The Interconnected System, where installed capacity totals 17.7GW, operates commercially as a mandatory day-ahead wholesale power pool run by the Hellenic Energy Market Operator (HEMO). Under this regime, conventional power plants dispatch electricity based on their economic merit order. Renewable energy plants dispatch electricity by priority, subject to grid safety and stability, while hydro power plants are restricted by legally mandated minimum reservoir levels that must be maintained for the purposes of irrigation and municipal water supply.

Electricity from the wholesale pool is sold at a uniform System Marginal Price calculated at a per hourly dispatch rate. This pricing mechanism is intended to reflect the short-run marginal cost of conventional power generation as required to meet demand for the relevant period.

Despite repeated attempts at liberalisation, PPC still dominates the national electricity market, owning 65 per cent (or 12.9GW) of total installed capacity and holding a 98 per cent market share of power supplies in Greece. Additionally, PPC operates a diverse portfolio of generating plants including coal-fired, oil and gas fired plants as well as hydro power. In contrast, the IPPs that have penetrated the market own only gas-fired plants, rendering them comparatively inflexible and over-exposed to volatility in fuel prices. The IPPs are Mytilineos Group (including a joint venture with Motor Oil Hellas) with 1.2GW of generation capacity, Elpedison (a joint venture of Hellenic Petroleum and Edison) with 0.8GW, and Heron Thermoelectric (a joint venture of Greek GEK TERNA, GDF SUEZ and Qatar Petroleum International (QPI)) with around 0.6GW. They all maintain an electricity supply business as well but have a relatively low market share. A number of traders are also active in electricity imports and exports through the country’s interconnectors with neighbouring countries, but they are dependent on market conditions and available capacity on the interconnectors.

Greek renewable capacity and high-efficiency cogeneration amounts to 4.9GW, although this must double by 2020 in order to meet national renewable generation targets. EDF EN Hellas, Iberdrola Renovables, TERNA Energy, ENEL Green Power, Hellactor and PPC Renewables are the most significant market players in renewables in Greece.

The creation of Small PPC has been driven mostly by the desire to introduce to market a new private player with a diversified power generation portfolio and an adequate client base. Such an entity is expected to better foster competition than the market’s current IPPs with their exclusive reliance on gas-fired generation. Creating this new vertically integrated market player by selling a portion of the PPC business to the private sector is seen as an efficient way of bringing competition to the national electricity market, similar to the example of ENEL in Italy more than 12 years ago.

In the meantime, the national Regulatory Authority for Energy (RAE) is promoting auctions of PPC-produced electricity, similar to the model adopted by the French law of 2010 titled Nouvelle Organisation du Marché de l’Electricité (NOME), to enable alternative electricity suppliers to supply customers directly. These auctions are seen as a transitional step to electricity market liberalisation.

The Small PPC entity and assets

Small PPC will be established as a Greek société anonyme, vertically integrated in terms of assets, liabilities, personnel and customer portfolio following the spin-off from PPC. The business sold will represent approximately 30 per cent of PPC operations and assets in the Interconnected System both in terms of energy mix and client base. Legally speaking, Small PPC will become the universal successor to PPC in accordance with the provisions of Law 4273/2014.

The sale will be conducted through an international open tender, due to commence shortly and expected to complete in the first quarter of 2015. Similar to its role in the IPTO transaction, PPC will also run this tender.

Following the sale, PPC will transfer all Small PPC shares (against cash consideration) to the successful bidder. However, the sale price must be at least equal to the book value of the business and assets to be contributed to Small PPC, as this value is defined pursuant to the International Financial Reporting Standards.

The relevant assets include:

Small PPC’s customer portfolio will be determined by calculating 30 per cent of both total electricity supplied to PPC customers during the previous three years and the total number of PPC electricity supply contracts per client category. Industrial and commercial clients, however, may be allocated between PPC and Small PPC by reference to their electricity consumption rather than strictly by the number of contracts. The final details will be determined by PPC on the basis of an expert report. In any event Small PPC’s client base will reflect pro rata the client base profile of PPC in terms of economic behaviour and electricity consumption per client category.

Small PPC’s succession to these contracts will be protected by implementing stand-still and non-termination (at discretion) clauses and non-aggressive PPC marketing clauses for four to six months following the transaction.

Electricity supply contracts in the Non-Interconnected Islands and those relating to certain Public Service Obligations of PPC (i.e. acting as Last Resort Supplier and Universal Service Provider) are excluded from the scope of the Small PPC spin-off.

Employees working in the business sold to create Small PPC will be transferred to the new electricity undertaking under the same employment terms they had with PPC at the time of the completion of the spin-off. Transferred employees will benefit from a five year protection arrangement under the new private ownership. Their pension rights and relevant state guarantees will not be affected by their transfer to Small PPC.

Small PPC will also be subject to the same obligations that applied to PPC in relation to giving preference to hiring local personnel and respecting local communities’ rights, especially with regard to land expropriations and dwellings relocations for mining operations.

The spin-off agreement will need to set out in detail the portion of PPC debt to be assumed by Small PPC. PPC owes approximately €5.5 billion to commercial banks, institutional investment banks and institutional investors as a result of recent refinancing measures. While it may be relatively easy to identify and attribute to Small PPC any project-specific finance, or exclude debt relating to the transmission system and distribution network, other forms of indebtedness may not be so easy to apportion between PPC and Small PPC.

Other issues to be considered

Due to the structure of the transaction, it is not envisaged that the creation of Small PPC will require amendment or formal transfer of the relevant licences, authorisations, concessions and permits in order to continue carrying on the business. However, it would be advisable to ensure that all such documents are formally amended to reflect the name of the new entity (and also extended where required) for clarity and legal certainty.

With the exception of some special levies in favour of local communities and renewables, PPC does not otherwise pay any royalties for the water resources it uses in its hydro power plants and the lignite it extracts through its mining concessions. This will be applicable to Small PPC as well. However, this arrangement may be revisited following the sale, not only in relation to PPC but also Small PPC as a matter of natural resources national policy, since it has been raised and criticised repeatedly in the past.

For as long as Small PPC is a 100 per cent subsidiary of PPC, the latter will be jointly liable with the former for all the obligations of the spun-off business section until the completion of the spin-off. However, during this period, PPC’s liability will not apply to the obligations assumed by Small PPC in relation to transferred electricity supply contracts. From the date of completion of the sale, PPC’s joint liability will be limited to the value of the contributed net assets.

In either case PPC may decline to perform such obligations until the relevant creditor attempts to enforce against Small PPC and such enforcement proves unsuccessful. The final position, however, regarding the limitation of PPC’s liability towards private investors and third parties, as well as the extent of any representations and warranties given to the private investor, would have to be further considered after taking into account the eventual Small PPC purchase price.

The spin-off and sale of an electricity business section estimated to be worth around €1.5 billion is a challenging endeavour for all interested parties and stakeholders. It appears all the more challenging when considering the constraints within which Small PPC will operate: constraints on personnel, restrictions on operating hydro power plants in Greece and the scale of investments required to upgrade or build the lignite-fired plants that will form part of Small PPC’s asset base. Nevertheless and despite these considerations, Small PPC may prove the missing link in the true liberalisation of the Greek electricity market. Any improvement in competitiveness of the electricity market that results from this sale will work in favour of electricity consumers in Greece. The passing of Law 4273/2014 is another strong indication that Greece is pursuing not only the restructuring and privatisation of PPC but also bringing in structural changes in the domestic electricity market and the national economy that have been called for quite some time.