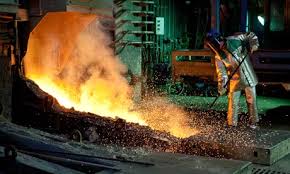 It is no surpise that state-controlled general mining and nickel producer Larco, Greece’s second largest power consuming facility, is refusing to sign an agreement with PPC, the Public Power Corporation, considering the extremely elevated electricity price rate being offered by the power utility.

The energy-intensive industrial consumer has been offered a discounted rate of 56 euros per megawatt hour (MWh) over a five-year period at a time when the EU average rate is 35 euros per MWh and even less for the nickel producing sector.

Ongoing negotiations in neighboring Italy, aiming to revive a closed aluminium plant on the island of Sardinia, serve to highlight the discrepancy between PPC and Larco. The Italian government is currently negotiating with Swiss company Glencore and US aluminium producer Alcoa, which has withdrawn its interests from the Sardinia alumunium smelting plant. The objective is for Glencore to remain at the plant’s helm. But the Swiss company is not signing on as a result of an energy price dispute with the Italian government, which has offered a ten-year deal for electricity supply at a rate of less than 25 euros per MWh, less than half the rate offered by PPC to Larco. The aluminium plant, which employed 1,000 workers, has remained closed since 2012.

Returning to Greece, this example helps provide a clearer picture as to why the country’s energy-intensive industries are having trouble accepting PPC’s offers, which were not even reached through a negotiation process.

A little over a week ago, Larco’s President and CEO Konstantinos Bobis announced, in a letter to PPC, that he would not sign the electricity offer extended to the nickel producer. The offer had been approved at a PPC shareholder meeting in December. In the letter, Bobis noted that not only was the offer way overpriced but could also spark European Commission intervention over illegal state aid claims – concerning its discount.

In a perplexing move, PPC has announced that all but one of the country’s major industrial consumers, including Larco, have signed new temporary electricity supply agreements.

Apart from his latest letter, the Larco head had also made a written request to PPC in December, one day after the utility’s shareholders meeting, seeking to negotiate a deal. Bobis had warned that legal action could be taken, if PPC refused to budge.

Larco is already burdened by a heavy debt problem amounting to nearly 150 million euros. Signing a 56-euro per MWh deal with PPC will certainly not offer any financial relief.