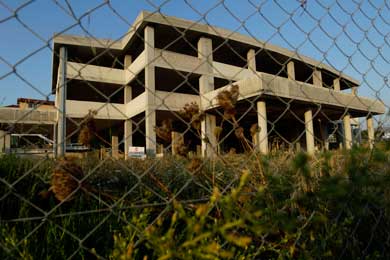 Prices for plots of land in Athens posted an average drop of 4.4 percent in the third quarter of the year on an annual basis, even though this part of the market had until recently been unaffected by the economic crisis due to the shortage in availability.

The survey by the Property Prices Observatory of chartered surveyors Geoaxis showed that the average price of plots continued to decline as a result of the negative economic climate and the drop in construction activity.

There are however major variations between districts in the Greek capital, with the area of Palaio Faliro/Amfithea in southern Athens showing a decline of 8.1 percent year-on-year, while at Holargos in northern Athens the decline amounted to just 1.7 percent.

Geoaxis estimated that the price drop is set to continue in the last quarter of the year, but expressed confidence that “we are very close to the end of the cycle of decline,” suggesting prices will stop dropping next year.

Meanwhile, construction activity contracted by 18.6 percent on an annual basis in the first eight months of the year, according to building permits issued after a 19.9 percent decline in August alone, data by the Hellenic Statistical Authority showed on Wednesday