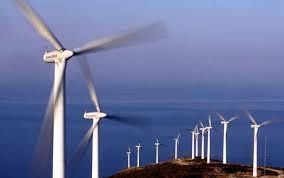 LAGIE, the Electricity Market Operator, is pushing for interventive action from the Environment, Energy & Climate Change Ministry to resolve severe liquidity issues faced by renewable energy source (RES) producers as a result of a growing amount of unpaid production owed by PPC, the Public Power Corporation. At this stage, LAGIE appears set to take legal action against PPC.

The operator has demanded the need for urgent action in a letter addressed to Environment, Energy & Climate Change Deputy Minister Makis Papageorgiou.

“We expected to not have to exceed a two-month period for unpaid amounts, a period assumed to be manageable by the market. Despite this, we are now entering the fourth month of unpaid amounts, and the prospects are not promising,” a LAGIE authority told energypress.

To bring the overdue amounts down to a two-month level, LAGIE, which manages payments to RES producers, will need to receive 375 million euros from PPC by the end of December.

The heightened production levels of photovoltaic producers during the summer months of July and August have contributed significantly to the bill owed by PPC.

It remains questionable whether PPC can come up with such an amount in so little time. In its letter to Papageorgiou, LAGIE has asked the deputy minister that pressure be applied on two fronts. LAGIE wants PPC to push for payment owed to the corporation for electricity consumption in the public sector, currently at over 180 million euros. LAGIE also wants PPC to boost its liquidity through credit support and, moreover, has asked for PPC to establish and implement a realistic budget concerning its commitments to RES producers for 2015.

“RES producers are – justifiably, of course – pressuring us to pursue various means, including legal action, whose results remain unknown,” the LAGIE authority remarked.

The official warned that, if not resolved, the problem’s repercussions could end up stretching well beyond the RES sector. The official warned that sustained cash-flow problems for RES producers could eventually lead to their facilities being repossessed and closed down, which would prompt a vicious cycle and place the country’s energy security under threat.

“It could, once again, reach as far as DEPA’s (Public Gas Corporation) obligations to Russian suppliers, which would cause an energy security problem,” the LAGIE official contended. A number of PPC electricity production stations run on natural gas.

LAGIE had also resorted to legal action against PPC last December following a series of warnings.