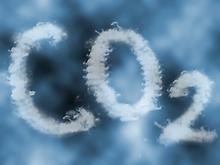 The Environment, Energy & Climate Change Ministry has signed a deal with LAGIE, the Electricity Market Operator, responsible for the operation of Greece’s wholesale electricity market, appointing LAGIE as the Greek state’s new auctioneer for emission rights.

During the preceding two-year period, the auctioneering role, based on the third stage of the European Union’s Emissions Trading Scheme (EU-ETS), had been undertaken by the Athens Stock Exchange, on behalf of the Greek state.

Although this association proved successful, it was ended as part of the government’s wider effort to reduce public spending. LAGIE’s auctioning role will be performed free-of-charge for the state.