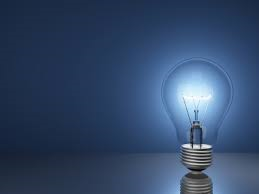 The head at LAGIE, the Electricity Market Operator, in an urgent letter to Finance Minister Gikas Hardouvelis, has warned that the country’s energy market risked facing serious operational problems, even collapse, as a result of cash flow problems stemming from an increased amount of unpaid overdue electricity bills owed to PPC (Public Power Corporation).

The cash flow problem at PPC is subsequently making it increasingly difficult for the operator to pay renewable energy source (RES) producers.

At present, PPC, via its subsidiary firm IPTO (Independent Power Transmission Operator) is three months behind schedule on its payments to LAGIE, while the delay would soon reach four months, Garis noted in his letter to the minister.

In the letter, the LAGIE president, Tasos Garis, urged the minister for settlement of unpaid overdue amounts for electricity consumed in the public sector and owed to PPC as a means of offering some relief to the overall cash flow situation.

The LAGIE head official attributed the operator’s cash flow problem to the continued RES special account deficit and major delays of incoming amounts to the operator by PPC (Public Power Corporation), through IPTO.

He also noted that the operator would need to receive 345 million euros in the outgoing current year’s two remaining weeks if the debt owed to LAGIE is to be cut back to a two-month period.  Of this amount, 300 million euros is expected from PPC, via IPTO, the LAGIE president noted.

If the amounts owed to LAGIE are not swiftly settled, the operator will have no other choice but to resort to legal action as a means of averting a collapse of the country’s energy market, Garis stressed.

The LAGIE head urged Hardouvelis, the Finance Minister, to settle amounts owed by the State to PPC to ease the corporation’s cash flow problem and help it fulfil its obligations in the market.