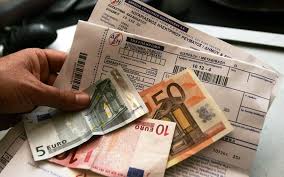 Yesterday’s hard-hitting speech in Greek Parliament by Production Reconstruction, Environment and Energy Ministry Panagiotis Lafazanis – as his amendment to eliminate an Emission Reduction Tariff (ETMEAR) surcharge hike implemented by RAE, the Regulatory Authority for Energy, was submitted for ratification – is believed to have been sparked by a recent European Commission letter addressed to the minister on RAE’s need for independence.

Lafazanis unleashed disproportionately heavy remarks to condemn RAE, making clear he wants the authority’s executive powers curtailed and a return of crucial market tools, such as price control, to the ministry.

Sources told energypress the EU’s energy and climate commissioner Miguel Arias Canete had recently forwarded a letter to the Greek minister on the need for RAE’s independent standing. The commissioner defended the authority’s ETMEAR surcharge hike.

Quite clearly, the European Commission perceives the ministry’s amendment as a move to diminish RAE’s powers. RAE’s decision to increase the ETMEAR surcharge levied on electricity bills was implemented as part of the authority’s wider effort to eliminate the renewable energy source (RES) special account deficit. An alternative solution to deal with this deficit was not included in the amdendment.

Judging by his heated reaction in Greek Parliament yesterday, Lafazanis was essentially conveying to Brussels that the ETMEAR issue is a domestic issue that offers no leeway for intrusion by the European Commission.

If the dispute between the minister and Brussels does not deescalate, then the European Commission will surely proceed to impose sanctions and fines on Athens, whose eventual cost will amount to a lot more than the ETMEAR hike. Brussels is keeping a close watch on the matter, as Canete’s letter has made clear.