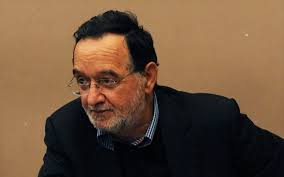 Azerbaijan promises to play an increasingly crucial role in Greece’s energy policy, as has been highlighted by today’s planned meeting between Production Reconstruction, Environment and Energy Minister Panayiotis Lafazanis and the the Azeri ambassador to Athens, the first meeting by the newly appointed minister with a foreign diplomat since leftist Syriza party’s election victory nine days ago.

Greece’s new energy minister has also scheduled to travel to Baku for a meeting on February 12 to also involve counterparts from Bulgaria, Albania, and Croatia, as well as high-level EU officials, for talks on the Southern Gas Corridor. Lafazanis is also expected to meet with officials of the Azeri state energy company Socar on the sidelines of the event.

Only yesterday, it was reported that Socar officials are seeking to meet with the new energy minister for talks on the prospects of an agreement reached with Greece’s previous administration for a 66 percent acquisition of DESFA, Greece’s natural gas grid operator, by the Azeri company.

Last Friday, Lafazanis categorically declared that the new government, which plans to cancel all energy sector privatization plans, will wait for the European Commisssion to complete an ongoing investigation into the DESFA deal over EU competition concerns before any decision is made on the gas operator.

Today’s meeting between Lafazanis and the Azeri ambassador to Athens, Rahman Mustafayev, will definitely not be a mere formality. Instead, the energy minister intends to provide the Azeri diplomat with an official prelude of the new Greek government’s intentions, including its wait-and-see approach on the DESFA deal.

The TAP (Trans Adriatic Pipeline) project, Azerbaijan’s other major investment plan in the wider region, will also be on the agenda of today’s meeting between Lafazanis and Mustafayev.

Besides the upcoming meeting in Baku, the Southern Gas Corridor, an important supply plan for the EU, will also be discussed at a preceding event in Sofia, on February 9.

The EU, Azerbaijan and the TAP consortium are all keeping a close watch on developments concering a new Russian-Turkish gas pipeline initiative, “Turkish Stream”. Greece has been extended an open invitation to take part in the development of a route by the Greek-Turkish borders.

Returning to Greek-Azeri bilateral ties, prior to the elections, Syriza’s head official for foreign policy, Nadia Valavani, had visited Baku to inform of her leftist party’s views on Greece’s energy infrastructure, which she noted needs to remain under Greek state control.