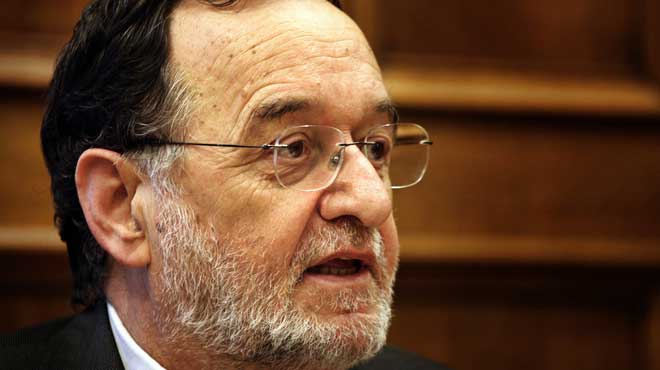 Production Reconstruction, Environment and Energy Minister Panagiotis Lafazanis has flatly rejected plans for a Value Added Tax (VAT) increase on electricity bills as well as the adoption of the French NOME-type model for lignite auctions, without, however, specifying whether the rejections are linked to his cooperation with Finance Minister Yiannis Varoufakis.

“There is no chance of a VAT increase on electricity, which would burden household and business power bills,” Lafazanis remarked yesterday, following a meeting with the European Commission’s Regional Policy Commissioner, Corina Cretu. “Electricity bills will be exempted from VAT hikes,” he added.

Greece’s energy minister argued that such a measure would increase the cost of electricity and consequently affect the economy’s level of competitiveness and effort towards recovery.

It remains unclear whether the Finance Ministry has been officially informed of Lafazanis’s views.

The Greek government, currently locked in negotiations with the country’s creditor representatives for reforms and a new bail-out agreement, has proposed that the current 13 percent VAT rate imposed on electricity bills be increased to at least 14 percent. Creditor representatives are pushing for an increase to 23 percent.

The Greek energy minister’s adamant position on the matter can be expected to spark various disputes. Lafazanis has also rejected any plans concerning the electricity market’s liberalization, including the adoption of the NOME-type model, which Varoufakis has publically supported.

The prospect of implementing NOME-type auctions in Greece’s electricity market was originally tabled by the country’s previous administration. It ranks as the best available option for an end to the main power utililty PPC’s monopoly. The other option of breaking up PPC into corporate units for subsequent part-privatization is a less favorable prospect.

Lafazanis is refusing to acknowledge that a monopoly exists in the country’s electricity market. Most recently, he rejected views on the matter expressed just days ago by the EU’s competition commissioner Margrethe Vestager, who noted the Greek energy market is plagued by a lack of competition. Lafazanis described the commissioner’s views as “incorrect”.

Vestager, who made the comments in an interview for the Euractive news portal, noted that a monopoly exists in the Greek market, referring to PPC’s 98 percent control of commercial activity in the electricity market. The Danish politician described the prevailing local conditions as “bad news for consumers and the economy,” highlighting that PPC virtually “holds exclusive access to lignite sources, the cheapest available fuel in Greece.” She called on Greece to open up the market to competitors, while reminding that the European Court ruled against PPC on the issue last year.

Lafazanis says the local market is open to private-sector investors willing to develop lignite facilities. On the NOME-type plan, he remarked that “we cannot accept the idea of PPC selling its own lignite production so that its competitors can sell [electricity] cheaply.”

Until now, Lafazanis had avoided offering his views on energy-sector matters being discussed by Greek officials with the country’s creditor representatives. His energy ministry has blocked itself from any contact with creditor officials. It has been reported that just days ago, a team of European officials visited the ministry expecting to hold talks with official there, but walked away empty handed.