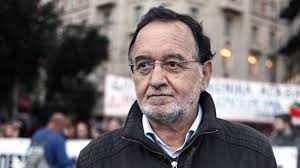 Actual energy integration in Europe is necessary but the process will need to head in a socially supportive direction rather than one based on market forces hiding uncompromising market interests, Greece’s Production Reconstruction, Environment and Energy Minister Panayiotis Lafazanis has told fellow EU energy ministers.

The minister offered his views in Brussels, at an EU energy ministers meeting focused on Energy Union and energy infrastructure.

Lafazanis told his EU counterparts that his leftist Syriza party, which heads the new coalition government, considers energy as not just another commodity offering prospective corporate profit but, primarily, a social good for economic growth that needs to be made available to all, based on fair and decent terms.

“We generally don’t question the declared objectives of Energy Union, but we do doubt whether the means being proposed can succeed or, on the contrary, will end up reinforcing the inequalities and painful economic and social complications currently prevailing in the eurozone and the EU,” Lafazanis remarked.

The Greek minister also expressed fears that the ambitious plan for gradual Energy Union is being exploited by powerful corporate groups seeking to serve their interests rather than provide growth and social support for the EU member states and its citizens.

Neoliberal policies applied to Greece’s energy sector over recent years, backed by European Commission and troika persistence, have served private-sector interests and led to a dramatic increase in energy-related poverty as well as prices, Lafazanis noted, adding that the state’s role in the sector was indispensable.